Cahokia Mounds are not too far a away and since the kids and I are beginning to explore early America history we decided to drive to take a look at the particular part of early Native American History.  According to their brochure Cahokia Mounds is one of the largest prehistoric Indian sites north of Mexico.  This site was first settled around AD 700 and developed into a highly structured community with a population of 10-20,000 people at its height.  Around AD 1200 the population began to decline and by the late 1300's it was essentially abandoned but the great mounds are still present today.  The have a very impressive visitor center and we spent nearly 4 hours there! 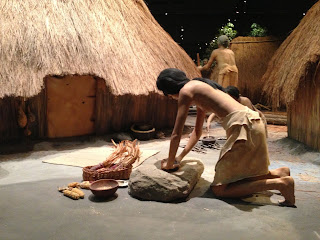 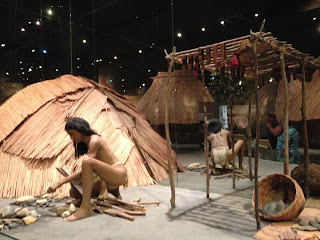 There were some recipes out that the Indian might have used...we picked these two to make at home in the next few weeks. 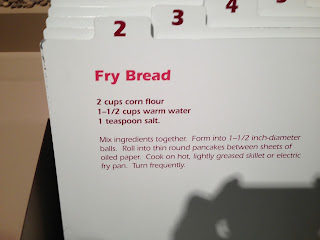 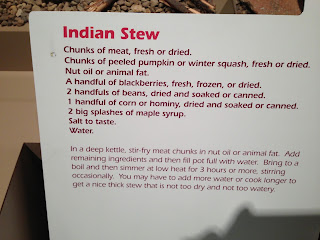 There were several short films in the visitor center explaining how they believe things were built or worked...all were fascinating to watch.
Posted by The Adventurer at 06:00