My kids have just completed their Level One Piano test.  I don't know if this is the procedure in the US however here in England there are required scales and music pieces that the children had to learn.  Then they went before the ABRSM certified instructor and underwent testing.

Addendum:  Just heard today that both kids passed the test just 3 points away from a distinction mark!

Posted by The Adventurer at 06:00 5 comments

While on a trip into London with some friends we ran across the M & M store.  It was a fun store to visit!  Although I paid way to much for a bag of M &M's:(. 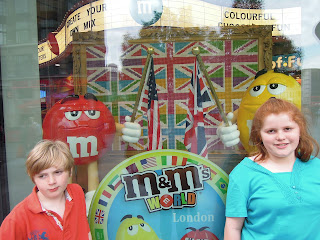 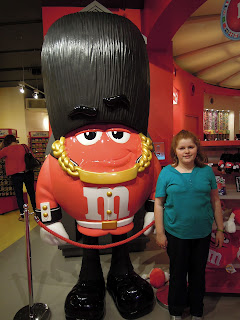 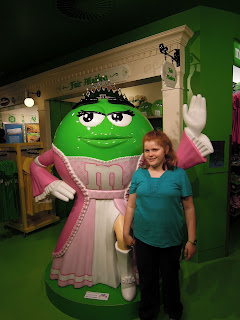 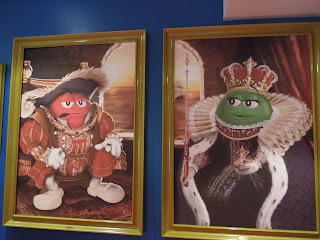 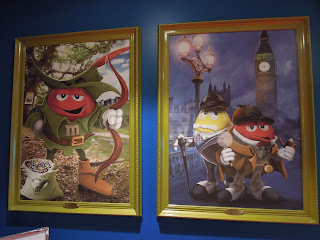 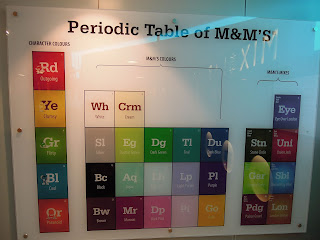 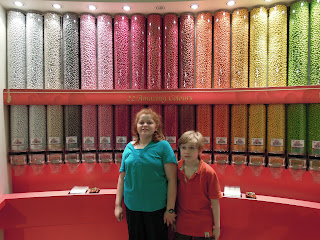 A fun store and glad we did it once, but I can honestly say we won't be going again as I will need to take out a second mortgage just to buy the M&M candy!
Posted by The Adventurer at 06:00 8 comments

Email ThisBlogThis!Share to TwitterShare to FacebookShare to Pinterest
Labels: family

This past week the family had 6 days of scouting activities.  First we had my son's cub scout day camp and I volunteered to be a den leader for my son's age group.  My daughter was able to be a junior volunteer for the first time this year.


Next I scheduled a field trip with my daughters girl scout troop to go to the Beach.  While it was cold and windy the girls had fun...Little Man went as an honorary girl scout...he was so excited. 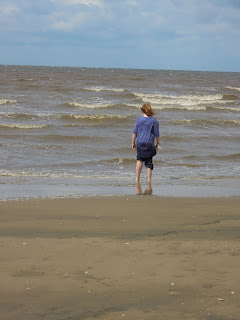 After six days of doing nothing but kids activities I took Sunday off and ignored the housework that has been neglected for the last 6 days, I figure one more day won't matter:)
Posted by The Adventurer at 06:00 9 comments

Orkneys-- Tombs of the Eagles

The main island of Orkney (called "Mainland") is littered with Neolithic historical sites.  You can't drive more than a few miles without seeing evidence of something.  People are finding hidden treasures, big or small,  on their land nearly every day.  So much so that there isn't enough time or resources to excavate them all.  Here is a story of what one man found on his property, and despite telling the authorities and waiting 18 years for archeologists to arrive, did to uncover an amazing 5000 year old tomb.


Tomb of the Eagles


After uncovering this site the land owner than found a Bronze Age site that he is still in the process of excavating on his own.  Just another amazing story we uncovered while touring around the island.

Posted by The Adventurer at 06:00 6 comments