We have been in England going on 4 years now and haven't made it to Sherwood forest.  My kids have read the stories of Robin Hood but every time a festival was happening we were out of town.  Just recently we went to the famous forest and had a great day seeing where Robin hood lived. 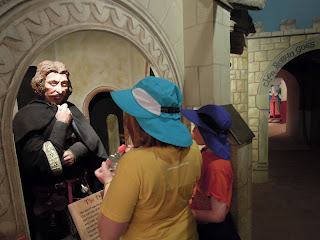 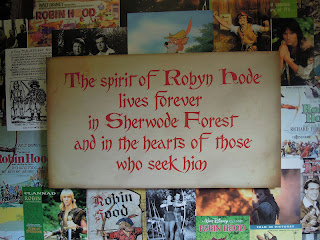 We also saw falconry and jousting, but I have no pictures as my camera battery died.  We had a lovely day out,  pretending to be living the life of Robin Hood and his band of Merry Men.
Posted by The Adventurer at 06:00 6 comments

While studying WWI we learned about two stories of American tenacity and bravery.  While doing our travels we made it a point to visit to these two sites.

First we heard the amazing story of Sgt A. York

The story of the Lost Battlion


I am sure there are many more stories from both sides of this war, but unfortunately the stories are being over shadowed by the stories of WWII.  Our family have been honored to have visited both sites and I felt great sadness that the WWI sites are less visited.  While Normandy has busloads of visitors, the Meuse Argonne and other locations  are very quiet with few visitors.  There are so many stories that are being forgotten and that is such a shame!

Lastly I wanted to show you a German war cemetery what we stopped at to pay respect to.  This cemetery and others that we past along the way were very simple.  The graves stones are either made of wood with a metal plaque with the soldiers name on it or in this cemetery the grave markers were made of metal. 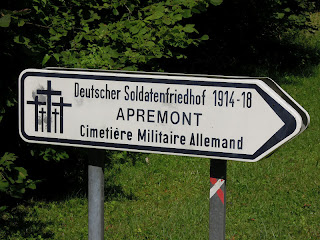 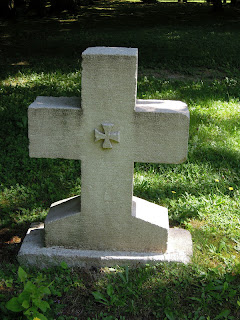 I was a little bit saddened to see that this cemetery had not been as well maintained as all the other countries cemeteries we have visited on this trip.  While Germany gets the blame for much of WWI, from what I have learned and read there was enough blame to go around, and these soldiers deserve to be remembered for their service as much as the other soldiers.

Our last stop before heading home was to visit the Meuse Argonne forest where the Americans fought.  However, on the way out of Verdun we stopped to visit what the French call a "Destroyed Village".  There were nine villages in the Verdun area that ceased to exist after the First World War.  The village we visited was Fleury Devant Douaumont which as a community of 422 people mostly of agriculture and woodworking.

Our first stop was to an American Monument Montfaucon.

Montfacon was the highest terrain in the Meuse-Argonne region, and was a key objective of the American assault.  Most people do not realize that the Meuse-Argonne battle was the largest, longest, and most bloody battle ever fought by the United States military.  The Americans claiming some 27,000 American lives in 47 days of fighting, with six separate days having a death toll greater than the well-known D-Day assault.  The saddest thing about this fighting is that this was part of the "Hundred Days Offensive" that drove the Germans to the point of capitulation, so most of the Americans who died in this battle died within weeks or days of the war. 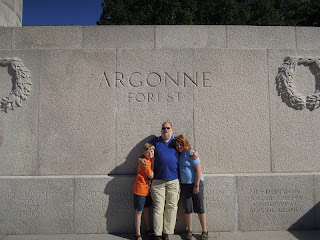 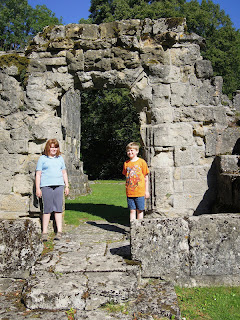 Our Next stop was the American Cemetery at Meuse Argonne

The gentleman at the visitor center was a wealth of knowledge and took time to answer our questions.  He recommended that my husband and I read (which we are doing) the book "To Conquer Hell" by Edward Lengel.

Throughout our trip I read the book "The War to End All Wars" by Russell Freedman to the children in the car while driving to the various battlefields.

Posted by The Adventurer at 06:00 2 comments