We just attended the last field trip of the year with our local homeschooling group and we went to Daniel Boone's last residence before he died.  This was actually his youngest son's Nathan's house but Daniel Boone and his wife lived with them for many years. 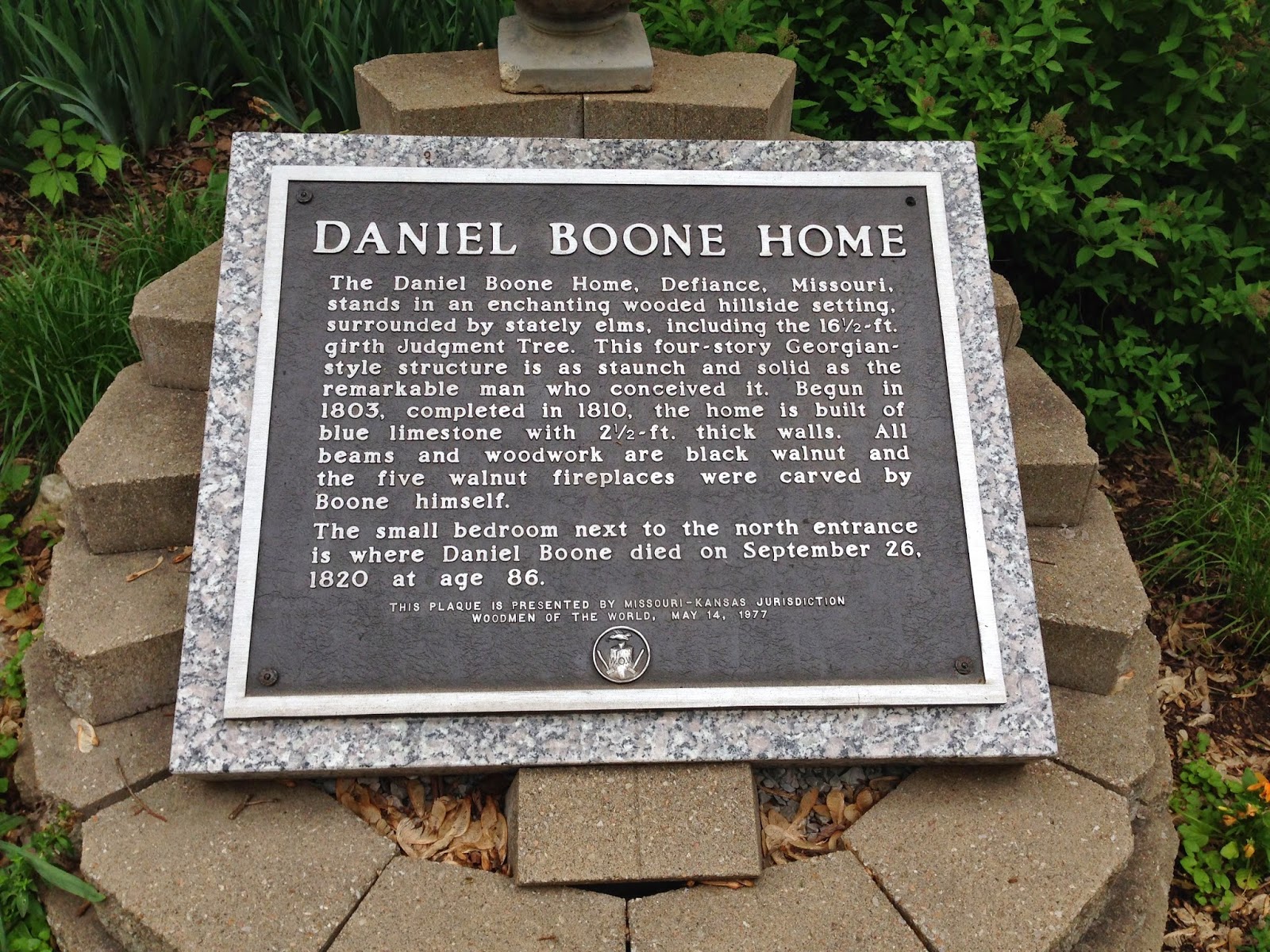 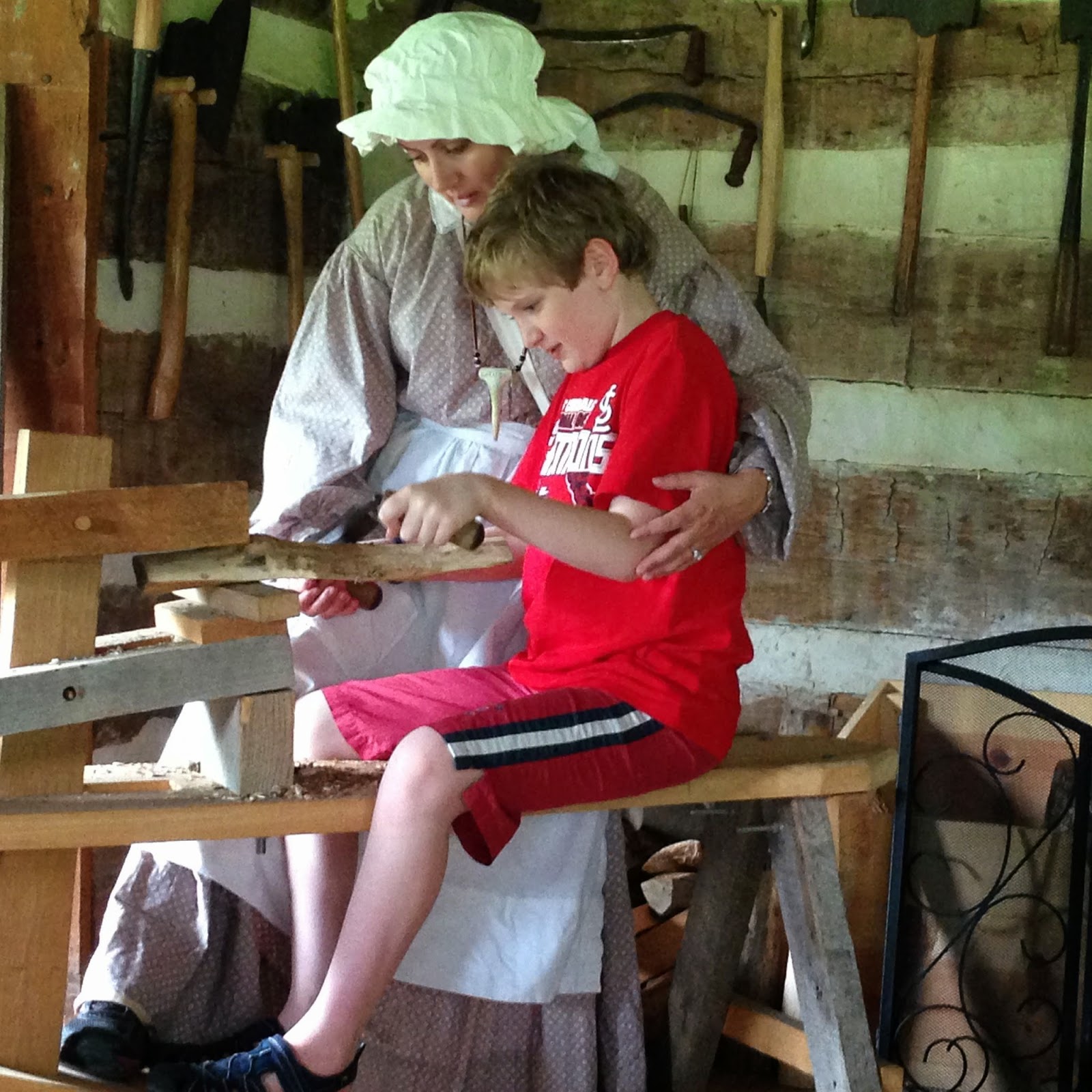 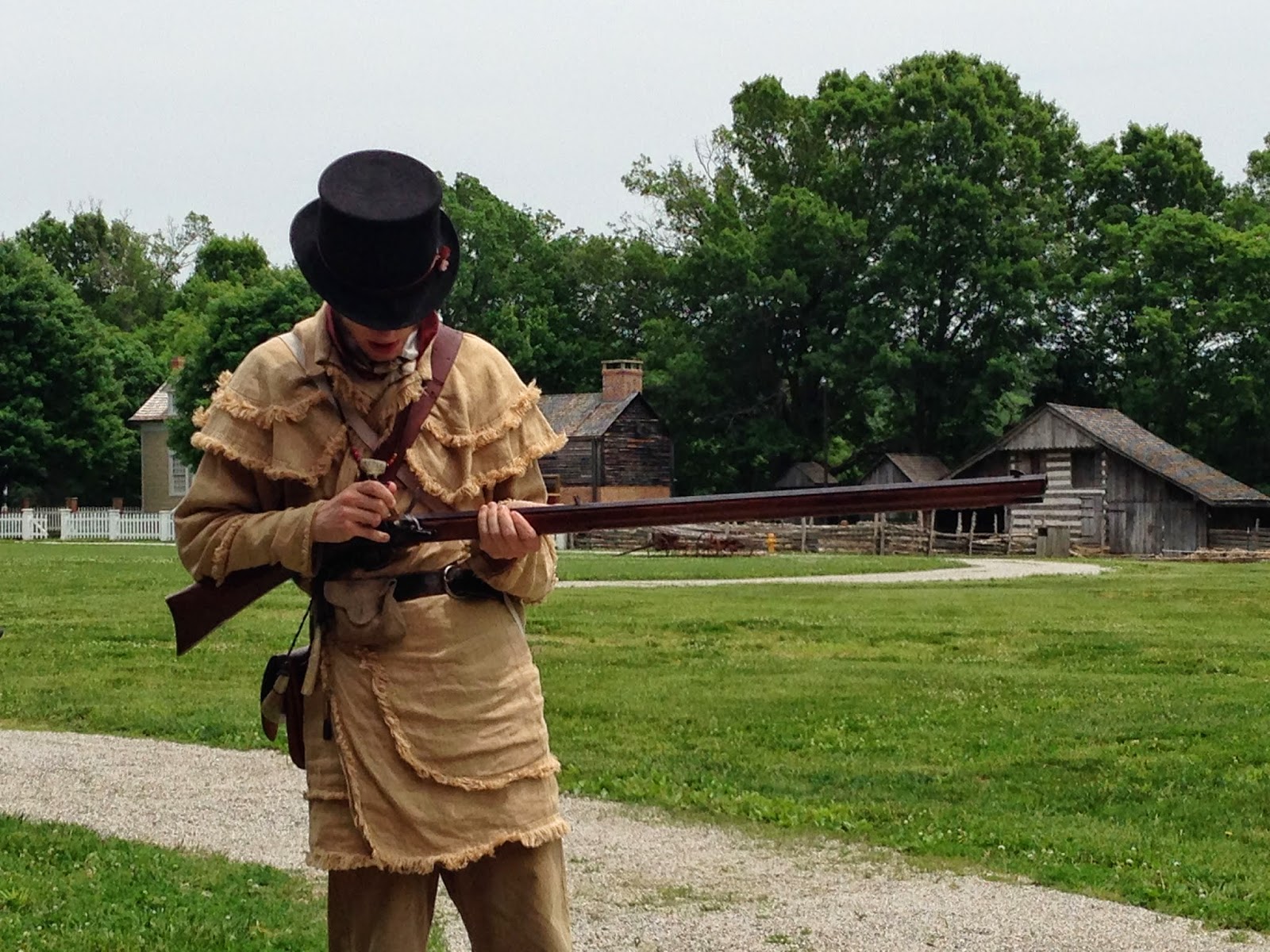 While Daniel Boone and his family lived on this property there were no other homes for miles around, however currently the University is adding period homes to the area with the hopes of making this a real pioneer village of Mo.  For this field trip we did not get to enter any of these homes but I hope to return for another visit and see the building we missed.  I am showing a few so you can see the different styles, we were told the houses are from this period and from about a 100 mile radius for this site. 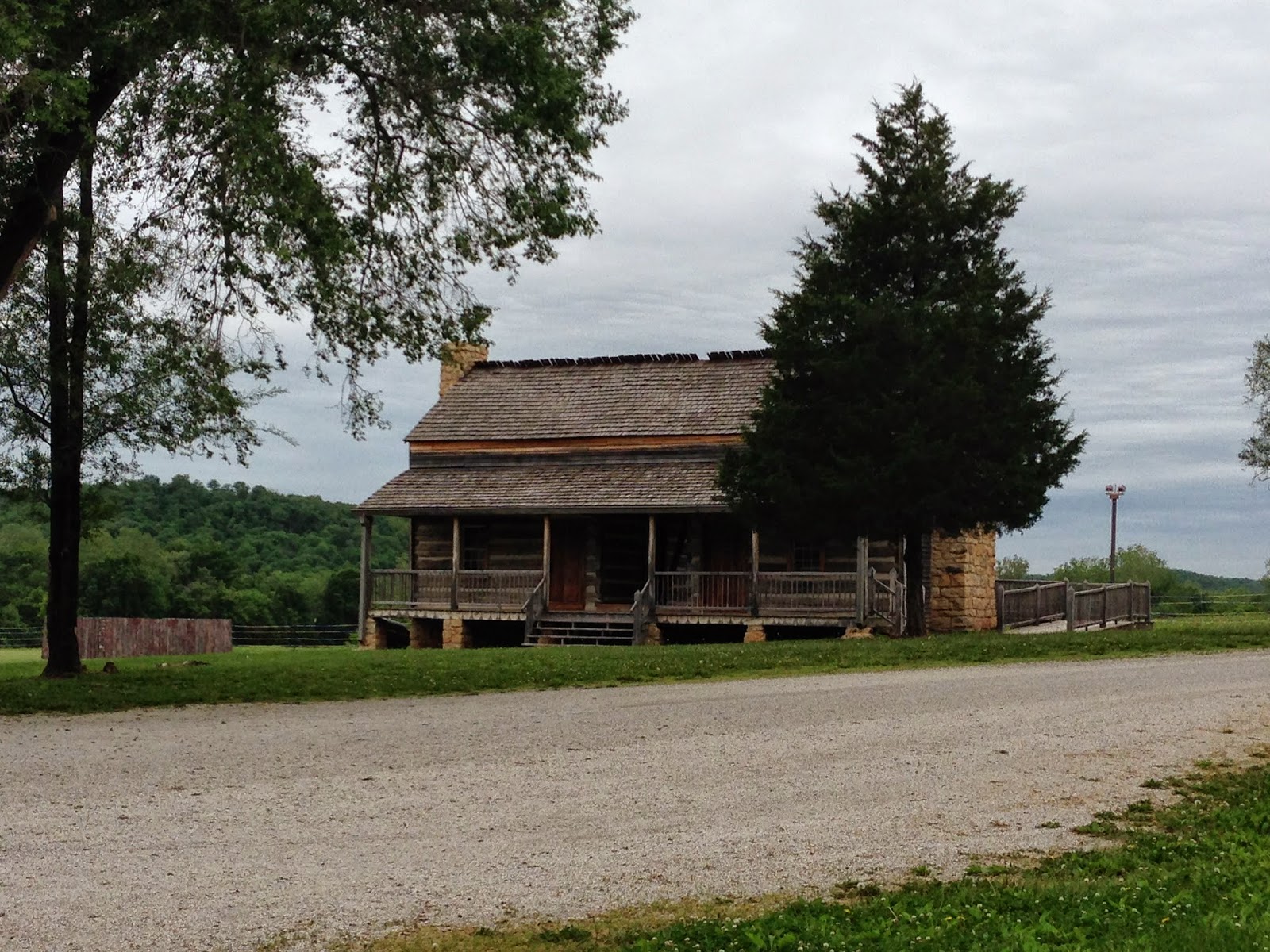 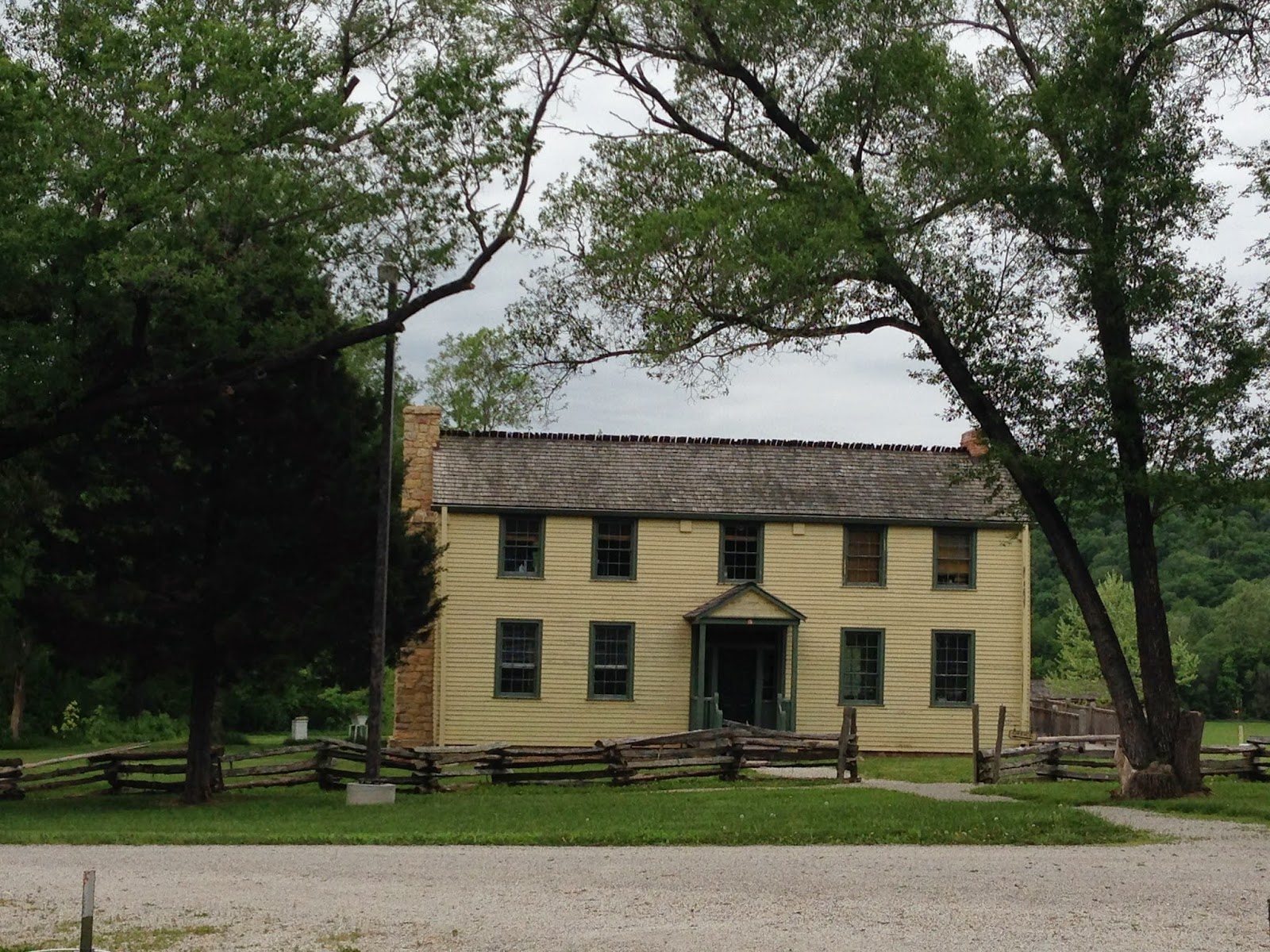 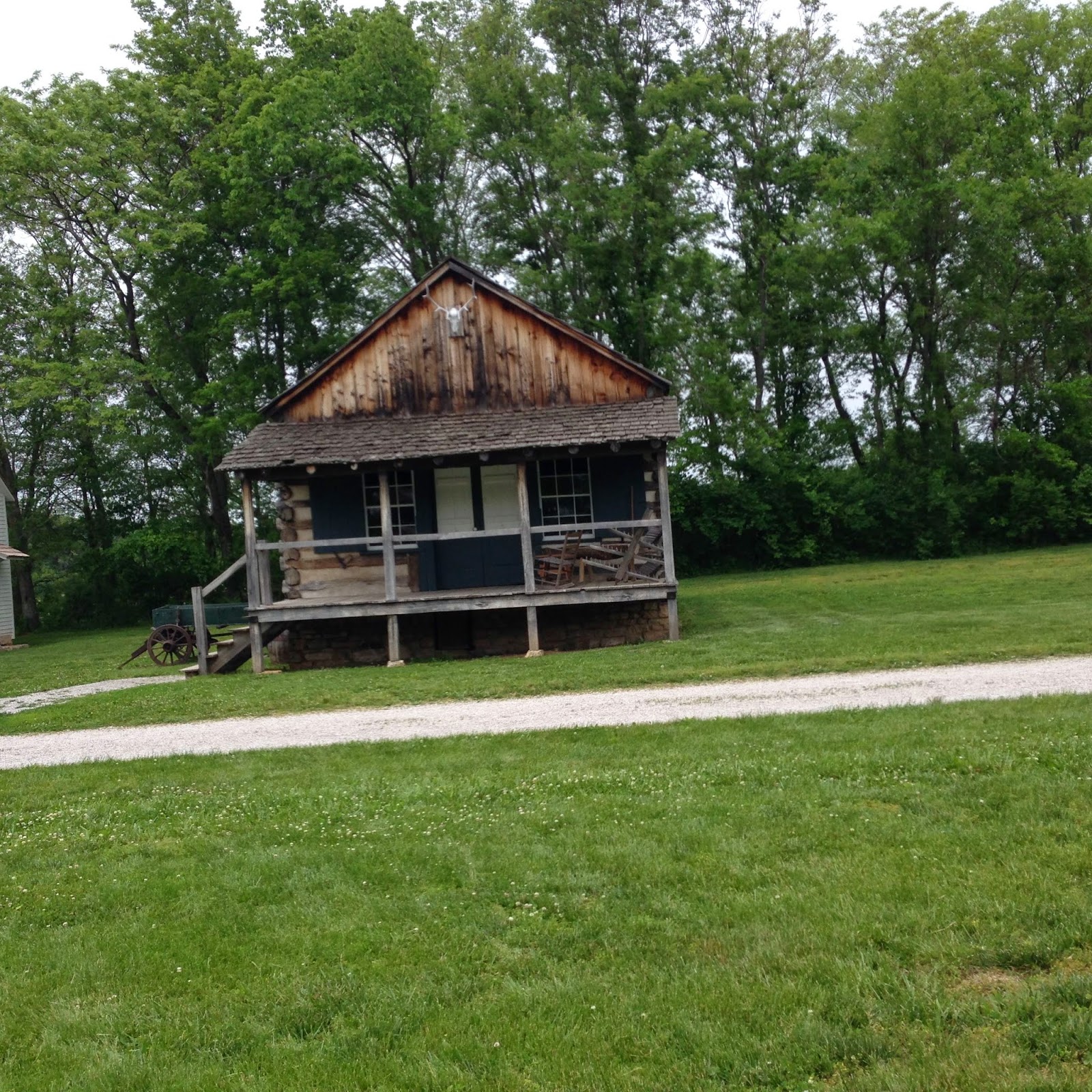 An interesting story was relied to us regarding the burial of Daniel Boone. It was said he died in his son's home and was buried about 15 miles away beside his wife who died about 13 years earlier.  However about 15 years after his death the state of Kentucky was celebrating its 50th birthday and realized that it founding father, Daniel Boone was not buried in its territory.  The Kentucky officials attempted to reach out to the Boone family to have his remains return and buried in Kentucky.  It is thought a distant relative gave permission but that Kentucky dug up the wrong two graves, although they claim to have the actual bones of Daniel Boone.  The state of MO contends they only have the bones of his wife and an unknown man.

Posted by The Adventurer at 05:00 1 comments

While in Hawaii we took the kids to the Polynesian Culture center which is run by the Church of Latter day Saints and its goal is to educate people on the ways of the all the Pacific Islands.  This was my second time visiting and it was a wonderful way for the children to see how the natives would have lived and experience many hands on activities to better understand the polynesian culture.  This post has a lot of pictures and still there is more I could show...such a great learning center for getting a feel for the Polynesian islands!!


We spent the whole day here, getting there when it opened and closing it down 7 hours later.  We were all exhausted but what a fantastic place to learn all about the pacific islands.

Posted by The Adventurer at 05:00 4 comments