Caring for a Bearded Dragon

We have had lots of fun with our newest pets and have learned a few hard lesson along the way.  Firedrake is proving very responsible for caring for the reptiles, except for the picking up the poo messes, that she can't do yet:(.  So it is my job.  Just so you know, bearded dragon poo stink, really bad:(  MarioFan while interested in the reptiles is not as keen to really help and because he is so jumpy and loud the lizards are a bit nervous around him.


I don't have any pictures of Lizzy our leopard gecko but she too is proving to have a bit more of a personality then our previous gecko, Sparks.  She comes out of her house to listen to the kids play piano.  She is still very nervous when held so we are working on handling her a bit more on a daily basis.

Posted by The Adventurer at 05:00 4 comments

Email ThisBlogThis!Share to TwitterShare to FacebookShare to Pinterest
Labels: family

Another recent field trip included a trip to the local National Weather Service Office.  This was one time my husband was a little jealous he had to go to work and miss out on all our fun field trips:) 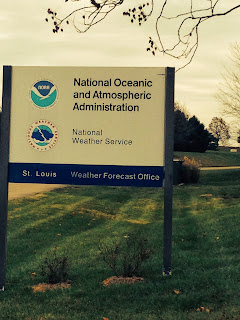 In addition to the tour the children saw several videos of various storms and learned some safety precautions that we can take in the event we are ever in that situation.  For example, during a tornado if caught outside the worst thing to do is run for cover under an overpass.  The overpass acts like a wind tunnel and throws debris up into the rafters of the overpass which is where most people like to try and hide.  While occasionally you might hear of someone surviving there it is not advisable as more are killed and the news doesn't report those incidents.

Happy Thanksgiving to all my readers!!!  Enjoy this time with your family
Posted by The Adventurer at 05:00 3 comments

Learning about the soap making process

We have been going on lots of field trip at least once a week, it is our way of getting out and trying to meet new people.  A few weeks ago we went to a local Soap shop in a part of town called the "Hill"  I am told this is the Italian neighborhood in St. Louis and it is full of wonderful restaurants and bakeries.  I need to go back and scoop that out a bit more:) 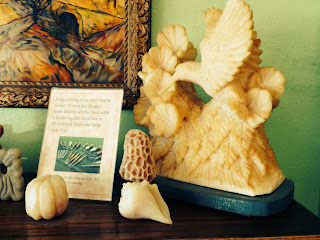 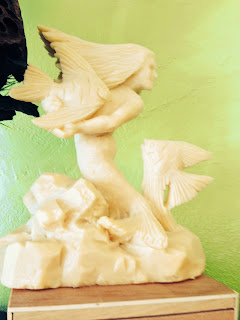 I bought several christmas presents at the shop to give to the children's various tutors and even bought a soap that claims to help resist mosquitos which I intend to try next summer, as I was bitten a lot while camping.
Posted by The Adventurer at 05:00 2 comments

While we were in Colorado we stop at a wolf rescue facility.  My daughter loves wolves and while we have been to several wolf sanctuaries, this is the first time we have ever heard the wolves howl, it was pretty amazing.


It was so exciting to be able to be apart of this!  Made Firedrakes day!
Posted by The Adventurer at 05:00 2 comments

Learning about Mining for Gold

While in Colorado we heard about a gold mine that we could tour, outside of the town of Cripple Creek. 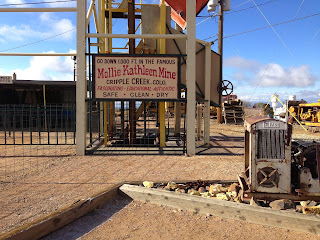 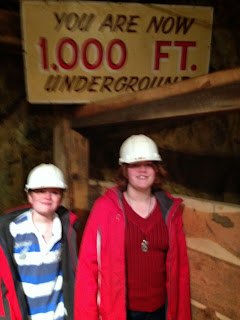 This mine is a little over 1000 feet deep into the Earth.  We learned that this actually is not that deep for gold mines; there are mines in South Africa that go well over a mile underground.  At that depth, the heat of the planet begins to become a serious hazard for the miners. 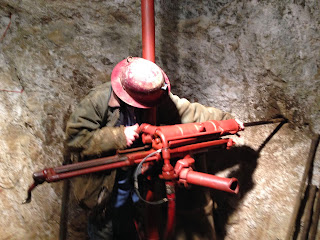 Everything underground is powered by air pressure from compressors on the surface. 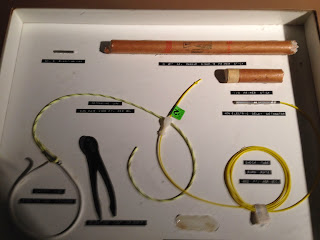 The explosive and the detonation cord used to set off the explosion.  Properly handling this type of explosive is a highly skilled job. 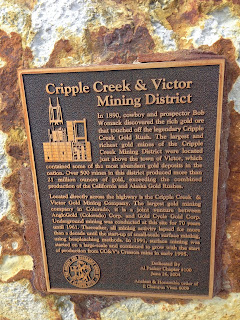 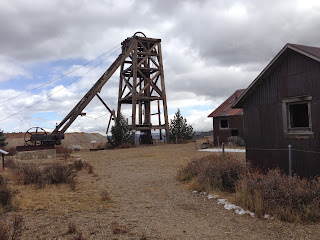 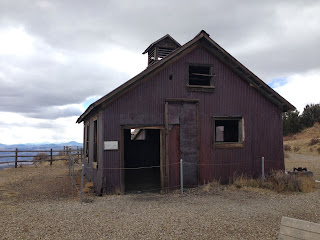 I thought it was good for the kids to see how gold was mined in the 1800's which is very different from how it is done today.  We also did not know that gold ore needs so much processing to produce actual gold.  We asked the miner what he thought was the most dangerous mining occupation, and he said that, in his opinion, it was coal mining due to the explosive nature of what's being mined.  In either case, underground mining of any type is still one of the most hazardous jobs in the world.
Posted by The Adventurer at 05:00 9 comments