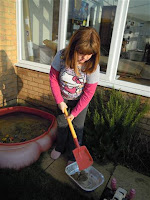 First fill a basin with sand. 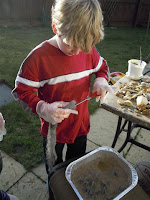 Next take steel wool and cut into very small pieces and place in sand. Our scissors were not very sharp so we didn't get the pieces as small as we would have liked, but it still worked. I recommend wearing rubber gloves for this:) 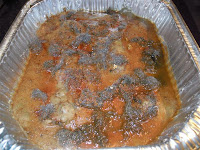 After 3 days the sand is turning red due to the the rust forming on the steel wool. You can still see large chucks of steel wool but it is starting to rust and turn the sand red/orange in color. In this picture there is still water to evaporate. 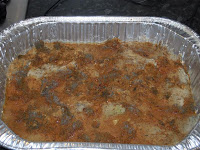 After 10 days, most of the steel wool is gone and all of the water has evaporated. We now have Martian sand!:)


I explained to the children the the dust on Mars is red because of iron oxide which is rust. Basically we made rust sand:)!
Posted by The Adventurer at 08:00